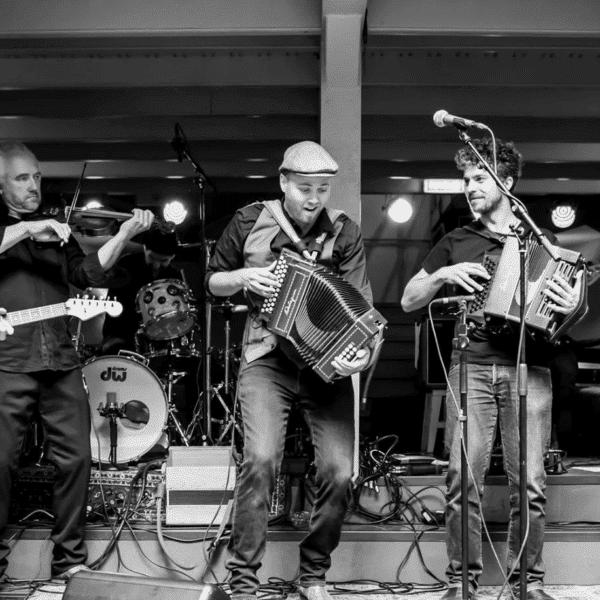 Beside his great career as actor in muziektheatre, cinema and TV (Kamp Holland and Alice in Wonderland by Orkater, Retour Hollandse Spoor and Koninginnenacht by Het Nationale Toneel, 101 Dalmatiërs, Dik Trom, Alleen op de Wereld, War Horse, Pikefel , De Marathon, Hollands Hoop, All Stars the musical, Hollands Hoop) Remco Sietsema has always kept on developing his great talent on diatonic accordion. He has composed a lot of songs that combine funky, world music, reggae, jazz and folk, in which he shows the versatility and appeal of this instrument.

In 2017 he released his debut album Sultana, where Simone appears among the guests.
He took part to the first Music Through The Walls episode Good Vibration, duetting with Simone in the bellows section.

The idea of this serie is to explore the combinations of trekharmonica (diatonic accordion) with other instruments, sounds, forms of art and concepts and see how they can blend together. In each concert there will be premieres of new composition, written especially for the night.
This serie is also a symbolic way to explore new (and dust off old) collaborations, friendships, give a new life to unfinished sketches and lost compositions, and definitely to try to get back on stage with a renovated and healthy performance routine.