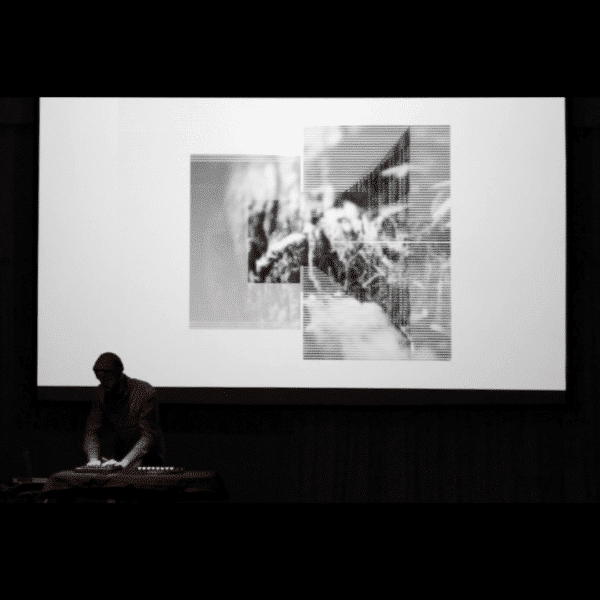 
After the artistic residency in March got canceled, Duo Bottasso & Simone Sims Longo have decided to meet in Batavierhuis in July to continue working on their audiovisual performance Il Cielo di Pietra (performed on the 18th july in Batavierhuis). I thought it would be nice to see also Simone’s new solo work, that I find a very elegant and fragile investigation in contemporary live visuals and sounds.

Simone Sims Longo is a composer of electronic music and new media artist. He is interested in creating and processing sound in the digital domain, focused on timbre exploration with different techniques.
In his works he often uses a multilevel iteration of sound samples, investigating on asynchronous polyrhythmic texture changes. His sonic identity is characterized by a dry and edgy sound with an emphasis on the extremes of the sound spectrum. Through multichannel speakers diffusion he explores the musical space and exploits the interaction of the sound with architectural elements, fascinated by the natural reverberation. He also focuses his activity on the relation between audio and video in real time, performing acts of visual music that explores the perception of audiovisual phenomena. He obtained a master degree in electronic music at G. F. Ghedini Conservatory of Cuneo.