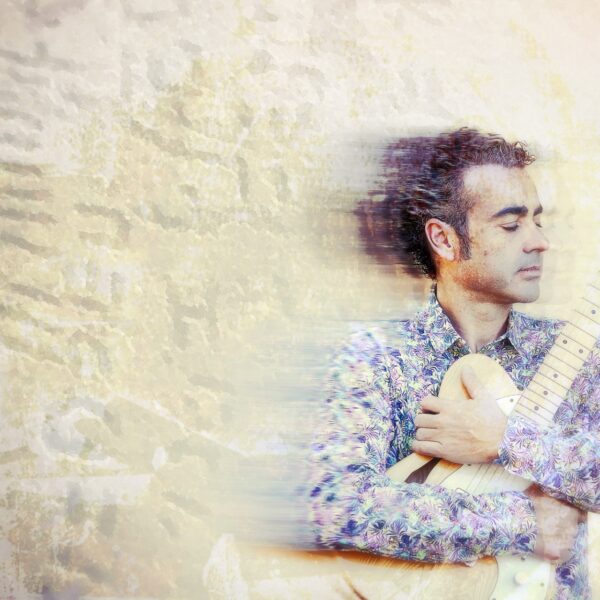 
Violist and batavier Yanna Pelser invites her North Sea String Quartet to the Batavierhuis once again, but this time in an “electrifying” string meeting with the Canarian guitarist-composer Javier Infante.
They will present “Electric Amazigh”, a vibrant and unique collaboration in which acoustic and electric sounds converge.

Through eight fascinating pieces written by Javier Infante, influences from North African music (Berbers/Amazigans), Sephardic songs and contemporary jazz are intermingled. Likewise, the Dutch quartet pushes the rhythmic character of these songs through its rhythmic strength and innovative percussion sounds. At times, there seems to be a drummer in the room! The vast electric guitar and string solos give rise to a strong creative and experimental spirit, interspersing beautiful melodies with powerful rhythmic passages.

Javier Infante, born in Gran Canaria, has released many albums as a leader, co-leader and accompanist, and his work Solo Session has been nominated for Best Jazz Album at the Spanish Independent Music Awards. With several tours around the world behind him, his music is influenced by Canarian folklore, flamenco, free improvisation, African, jazz and European classical music tradition.

A few days after this concert the group will record the music of Electric Amazigh in studio 2 of MCO Hilversum.