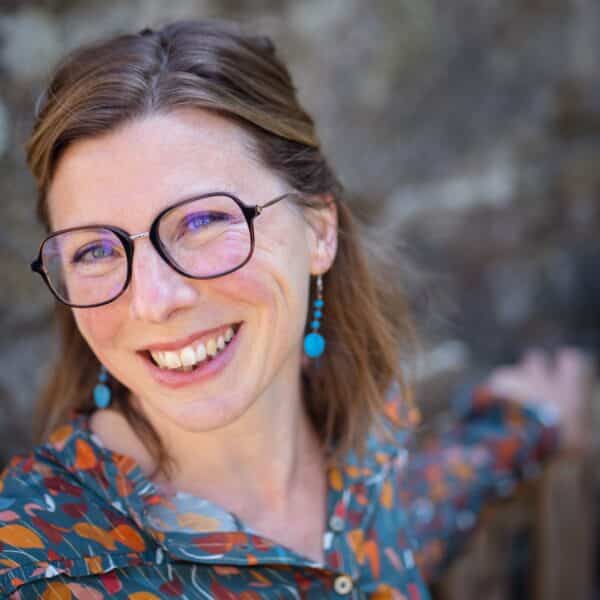 
Raphaelle Brochet’s never ending journey into the world of global performing arts and music has led to her becoming a truly powerful and inspiring performer. Her versatility and dedication to learn have all fed into her unique sound.

Jazz was truly her native language. Raphaëlle started her career at the age of 17 by recording an album with Floris Nico-Bunink, and went to Montreal and then to New York City.

In parallel to her jazz studies, Raphaëlle went to South India for about 20 years to study Carnatic singing with Sarada Thota and konnakol with Ghatam Govindarajan. Then she received a full scholarship from the Wesleyan University, USA, and got a Masters of Ethnomusicology from one of the highest ranked universities of the world.

Her main collaborations include Nguyên Lê, Prabhu Edouard, Philippe Aerts, Ivan Paduart, Sophie Alour, and she is also very involved in cross-disciplinary projects such as theater, dance and film. She is also very active as an educator and gives regular workshops all around the globe.

Her solo project, "Raphaëlle’s World", is a taste of all the gold she gathered from India, America and Iran, from the greatest masters. A capella, with a tanpura or with her loop station, she brings a glimpse of pop culture into the classical traditions and tells us the stories behind the scene. Hilarious, mesmerizing, humbling, and totally unique.