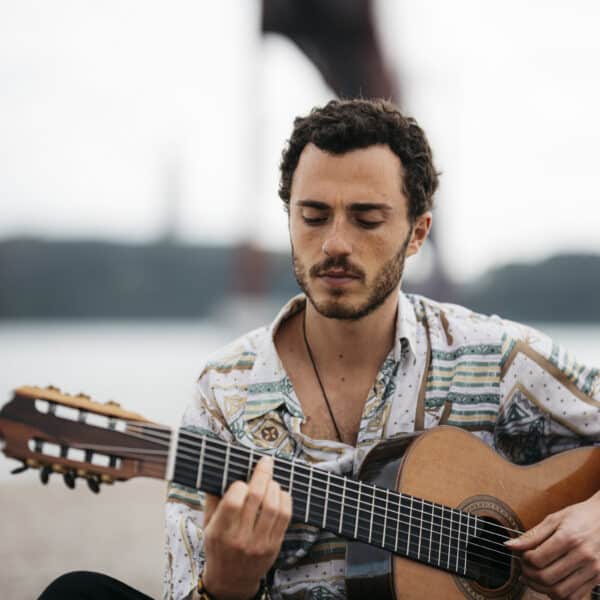 
Though born and raised in Lisbon, Portugal, Manel Ferreira mixes musical styles as diverse as the places he has traveled- with his backpack and guitar by his side, he’s seen the jungles of Guatemala and the steep peaks of the Himalayas. He stores his memories in musical format- in instrumental pieces, with Flamenco, Fado, Tango and Classical influences, or in songs that immediately send us to the place where they were created.
When at home, he’s walking a path just as exciting – he was one of the winners of the ‘European Guitar Award 2021’ and has played in places ranging from South Africa to Russia and all over Europe, both solo, and with some of Portugal’s finest artists, like Ana Moura, with whom he currently plays.
He has just released his new album ‘Vento Ibérico’, where his 7 string classical guitar is mostly joined by double bass and percussion. It features some of his newest compositions, with a more ‘Iberian’ feel, and also a few eclectic arrangements of songs by famous Portuguese artists that have influenced him. He now takes the stage solo to showcase his newest album.