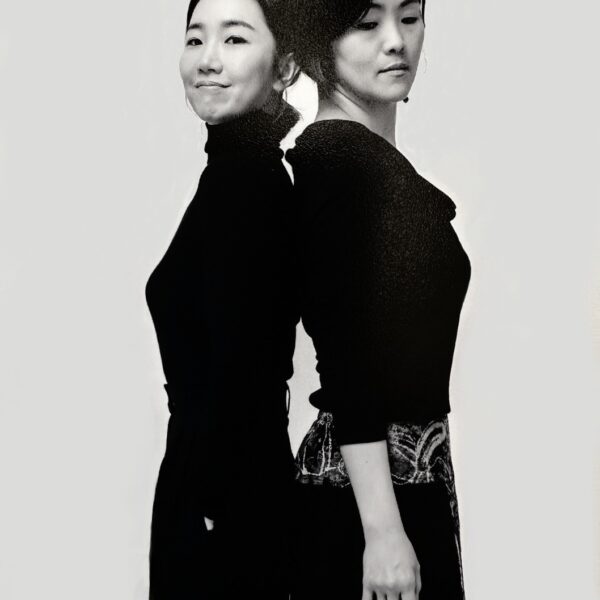 
‘Serene & Sarang’ is the name of a Korean music duo who plays Korean traditional music in their own musical language: It means their songs are not like ordinary style, even in Korea. They call themselves “the strangers”, for they think that their music can’t be categorized to any existing genre; especially in the Korean typical music scene.

Serene Kim, the singer, is an expert of a specific genre called ‘Jung-ga’, which is Korean noble music in the old era and still not well-known even to Korean people because it was only sung between people in the high class of the old society. As an official Korean Intangible Cultural Asset (properties) 12 Gasa Completer, her passion for traditional music is very strong but on the other hand, she doesn’t want to block herself: Indeed, there’s no boundary of music to her. And through the connection with the other worlds and by studying how to reach and express Korean music differently, she desires to express the real beauty of Korea through her voice in the end.

Sarang H. Lee who arranges, composes and plays the piano in this duo, introduces herself as the "late learner". She says that one day she felt that there is an unknown world hidden to her, so she flew to The Netherlands and started studying jazz composition for her master in Codarts Rotterdam at the age of 36. It was never easy, but the tough period completely opened her eyes and changed all the values of life. Now she’s been broadening her musical spectrum working as a jazz composer, arranger, producer, improviser and lecturer added to her original jobs. And the most important thing: she feels so proud of Korean traditional music and desires to introduce this beautiful music to the world.

Serene & Sarang, they met in Holland in early 2017 and sometimes played together but they themselves knew that each of them had to go back, and after years they finally met in Seoul again. And now, celebrating their first visit to the Netherlands as artists after COVID-19, they’re about to start showing their newly reinterpreted Korean ethnic music to the world, introducing their debut album released on the 9th Feb, 2023.