Claudia Karapanou was born in Salerno (Italy) and grew up in Greece. The instinct for dancing and movement developed early and became a necessity in her life. She started taking ballet classes at the age of four and continued with artistic gymnastics in the city of Athens.

At the age of eighteen she moved to Thessaloniki and studied in the Cinema department of Fine Arts, at the Aristotle University, where she graduated with a Master’s degree in Art Direction, in 2013. At the same time she obtained her teaching diplomas in Latin/ballroom dances and Argentinian Tango and started giving classes and performing in and around the city.

​In 2009, flamenco came into her life for the first time. That was the moment she decided to dedicate herself entirely to flamenco, by taking intensive classes and workshops in Thessaloniki and Athens.

In 2015, she decided to move to Seville (Spain) and immerse herself in the Andalusian culture. Taking classes, mainly in Ursula Lopez’s Flamencodanza, and with many other dancers, such as Andrés Marin, Manuela Rios, Farruquito, Ana Morales, Rocio Molina, Juan Paredes, Maria Moreno, Irene la Sentío, who are recognized as the elite in the genre. Classes of compás (Rhythm), palmas (Clapping), flamenco singing for dancers and Flamencology (music history of flamenco), also formed part of her daily educational program. It was during this time of her life, where the uncountable hours of classes, training, rehearsals and performances started to define and consolidate her as a flamenco dancer. Claudia lived and worked as a flamenco dancer in Seville for 5 years.

She has performed on many international stages and festivals in Spain, Greece, Malta, Switzerland, Germany, Italy and the Netherlands, while also collaborating with many different artists of the flamenco scene and giving classes and workshops. She is also the co-founder of Zenith Estudio Creativo, a studio where artists can create, rehearse and perform their ideas, in the heart of Seville.

​Since September 2019, she has been living in Rotterdam, giving classes and performing inside and outside the Netherlands. The harbor city is being a great new inspiration for Claudia, because of its multicultural character and its great variety of international artists. As a result of being in close contact with local artists from different backgrounds, she is currently experimenting and working on projects that break with the typical flamenco format, while embracing the roots that traditional flamenco has put down in her heart.

In November of 2021, she was chosen by the Flamenco Biennale Nederlands, among with dancer Elena La Grulla, to take part in a creative masterclass with the most avant-garde and one of the best flamenco dancers of all time, Rocio Molina, that was presented to the public at the OBA Theater in Amsterdam. 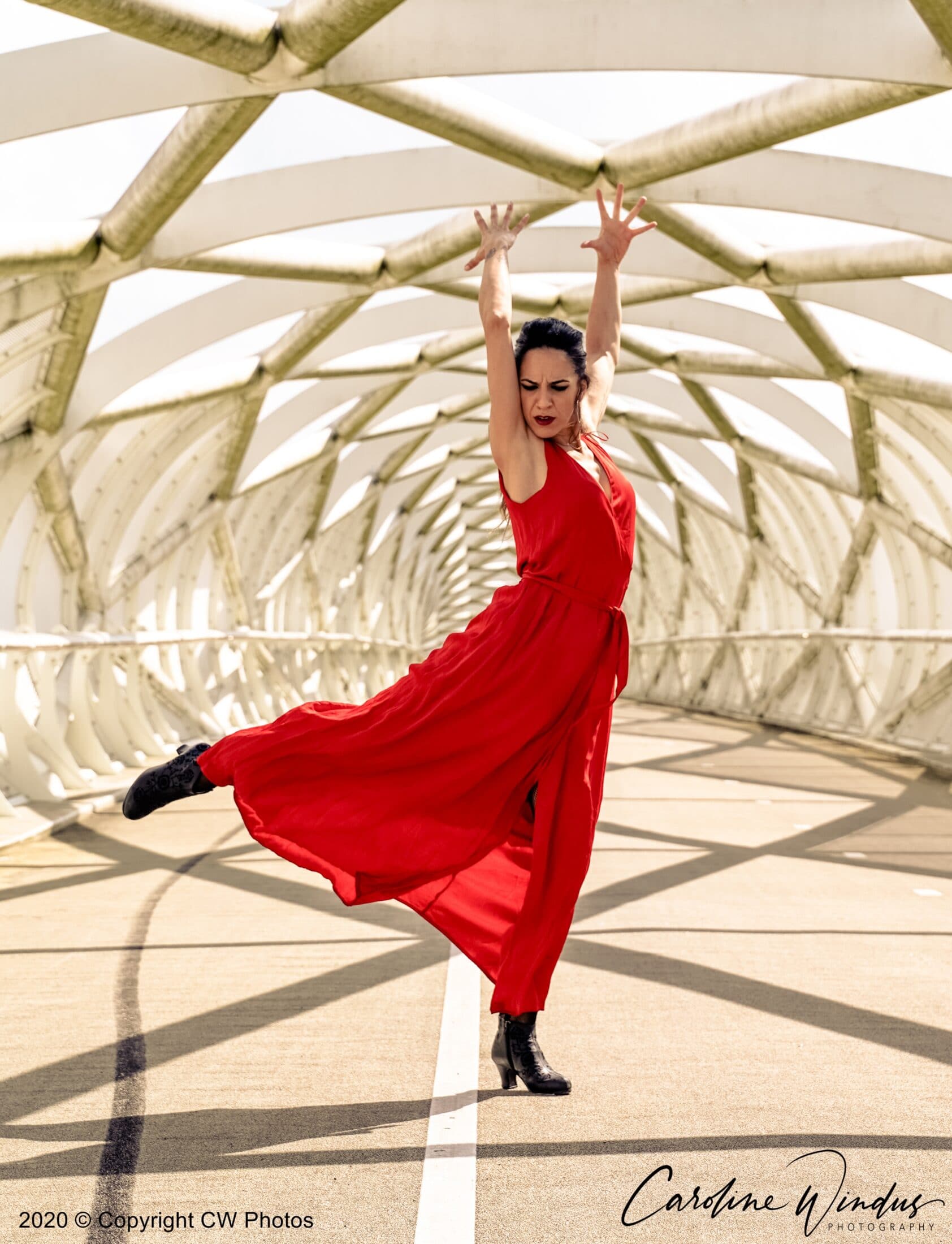