Laia Escartin is a singer, violinist and composer. She was born in 1996 in the Lacandonan Jungle (Chiapas, South Mexico). Her mother is from Ghent (Belgium) and her father from Barcelona (Spain). She graduated in June 2020 with Jazz Vocals in the Conservatori del Liceu (Barcelona).

Laia grew up in an old Catalan farmhouse in the fields of Guardiola de Font Rubí. There was a lot of silence and only one neighbor: Miriam; with her, they spent days inventing performances for their siblings and for a big crowd of vineyards. Many years later she realized how relieving that was, and how imagination can open doors to other worlds no matter space, no matter time. That is what drags her to compose and continuously search for sounds through her voice and her violin, and then, expand them on stage with the presence of the public. She is fascinated by world music, especially by all the different Mediterranean traditions. In her search, she gets inspired by those ancient sounds, which are also a way to travel to other worlds, learn of them and then tell the story again.

There were no musicians around, except her sister, Flavia, who plays cello and loves singing. Every year they would make a song for the birthday of their Belgian grandfather. It was a way to communicate with him and not lose the closeness in the distance.

After some years they had a little repertoire, which they decided to take out of that bubble and bring that family vibe to the stage. Then the duo Escarteen Sisters was officially born.

They recorded their debut album in 2018. Which gave them the opportunity to tour in Berlin (2016), Ireland (2017), Finland (2018), Italy (2018), Belgium (2016-2019), Madrid (2018) Turkey (2019), and play also in Catalonia. In 2017 they won the First Prize and the Public Prize of the Barcelona Acoustic Music Award, and they were finalists in Alghero Jazz Contest in 2019. In February 2021 they collaborated with the well known Spanish singer Silvia Perez Cruz, together with the “Abril 2020” band (Aleix Tobias, Dario Barroso, Juan Pastor, Marina Sala, Lucas Delgado). Premiered in the theater Sala Barts (Barcelona) inside the Voll Damm Jazz Festival.

Laia Escartin was also a member of other bands in Barcelona: the jazz trio “Wednesday Nispers” (band of compositions of the guitarist Rai Castells and the drummer Valentí Querol), the acapella vocal ensemble “Ol’Green”,  and she had a duo with the pianist Bru Ferri, with whom they toured in Texas in 2016, and a duo with the guitarist Dario Barroso some years after. She also collaborated with the Brazilian Jazz band “Sambach” (crossover between bach and Brazilian music), the Balkan band Basarab (lead by Anatol Eremciuc), and she recorded backing vocals of “De Banda a Banda” the last album of Coetus (Iberian Tradicional Ensemble), and the debut album “Albertine” of the violist and batavier Yanna Pelser.

Laia had the opportunity to take part of masterclasses of Shai Maestro, Guinga, Guillermo Klein, and Béla Fleck in the Voll Damm Jazz Festival Barcelona. She has also done the soundtrack of “Avant la Lumiere” of the well-known artist Eulàlia Valldosera, “El (sin) Sentido)” of Lluis Escartin, her father and filmmaker.  And the music of the Escarteens appeared as a soundtrack in “Societat Anònima” by Ramon Tort, “Don’t Stop (No t’aturis)” by Camille Zonka (2016).

Since she is 18 years old, she started to teach violin, voice, and songwriting, and started to develop her own method. She did an Erasmus in Artez Insitute of Arts (Arnhem, Nederlands) in her last year of bachelor, and decided to live in Rotterdam after her studies, being attracted with the multiculturality and the openness of the city. She is teaching Songwriting, Violin, and Voice in “School of Music” (Rotterdam), and is leading two choirs: an amateur choir in HBS (Rotterdam) and a children choir in Cultuur Lokaal (Barendrecht).

Laia is now part of Xaloq, the project of the Valencian saxophonist Pau Jordà, who arranged old ancient songs of the Valencian tradition and brought them up in a jazz context. She is preparing the second album with Escarteen Sisters, which will be released in 2022 in de Nederlands.

On 26th August 2021, she will collaborate with the Question Collective in the theater Worm in Rotterdam inside the Festival O. 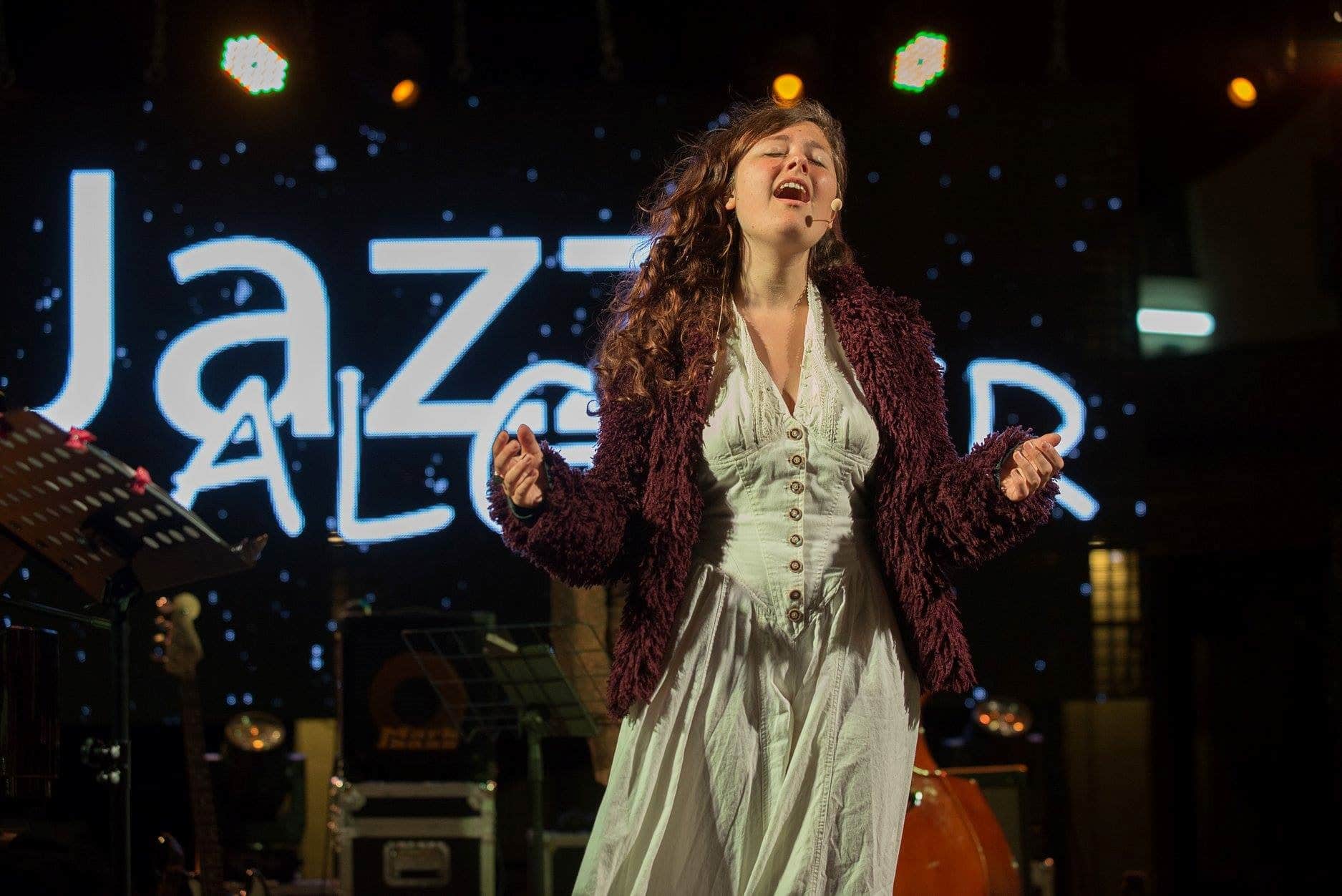